Today’s Forecast Calls for Inflation and Lots of It: Businesses Need to Look Beyond CPI to Understand What Is Happening!

Home / Today’s Forecast Calls for Inflation and Lots of It: Businesses Need to Look Beyond CPI to Understand What Is Happening!

What a week! What a year!  There is no doubt that Brexit and the Trump election have changed the political landscape. The impact on the economic landscape, however, will be determined in time as the introduction of new policies that may affect labour markets and the ability to trade across borders take hold.

The UK is already seeing economic impacts as the country prepares to face a direct consequence of the currency depreciation which has followed the Brexit vote – inflation. It is right round the corner, and we are talking weeks, not months. Businesses are aware of it. Consumers have been warned about it.

Predictions that inflation will rise are rampant. The National Institute of Economic and Social Research (NIESR) has predicted a 4% increase in the next year for the Consumer Price Index (CPI), significantly more than today’s more typical rate of 0.9%. For organisations seeking to understand how inflation may impact supplier prices and, by extension, their own costs, CPI is not nearly enough.

CPI allows us to understand the prices of a basket of goods bought by the consumer. It does not provide businesses with insight into its own pricing pressures. For that, businesses should look to three other indices published by the government – Services Producer Price Index (SSPI), Producer Price Index Factory Price(PPI) and Input price – all of which can more effectively provide a business inflation projection.

So let’s look at the latest numbers. The current SPPI shows an inflation increase of 1.2% for prices charged by the services industry – not a significant departure from the CPI. The Producer Price Index, measuring the price increases of goods leaving UK factories, is also not showing a big increase, currently standing at 2.1%.

It’s the third index that examines the price of purchased inputs bought by the manufacturing part of the economy that should set off the alarm bells. The rate currently stands at 12.2%, up from 7.2% in a month, indicating that we are, in fact, on the brink of period of significant inflationary change.

What does this all mean for CPOs and why should they care?

With inputs rising at more than 12%, it is just a matter of time – weeks perhaps – for these factors to work their way through the system and affect the output costs of British producers. Therefore, it is incumbent on Procurement to embrace forward-looking data, not just CPI, to gain a deeper and more granular understanding of supplier cost implications.

Doing so will not only offer insight as to what cost changes might be down the road, it could also combat attempts by suppliers to ‘pull a fast one’ over on the organisation. After all, not all commodities are impacted in the same way. For example, metals have soared but fuels have fallen. Procurement needs to look at all components of the goods that comprise the supply chain to see where exposure may lie and to avoid price increases from opportunistic suppliers.

We’ve already seen this play out publicly in a row that emerged when Tesco supplier Unilever attempted to increase by 10% the price of Marmite. Tesco resisted on the basis that the core ingredients used to produce Marmite were not immediately expected to be impacted by Brexit-related currency devaluations. A compromise was ultimately reached to return the product to store shelves, but by understanding the real economic data behind Unilever’s price raise, the supermarket chain averted a more dramatic increase and also earned for itself a new reputation as Champion of the People when it comes to fighting for lower grocery prices.

We can all agree that uncertainty lies ahead and it is reflected in the today’s economic data. The disparity in that data means that many businesses will be challenged to sift through proposed supplier price increases and determine which are legitimate and based on real rises in the ‘ingredients’ or components of the ingredients they buy, and which are attempts to improve margins. For finance and procurement, this can only be done by leveraging all the data and economic indices at their disposal and acquiring a deeper understanding of all components of the cost base all the way through the multiple layers of the supply chain. 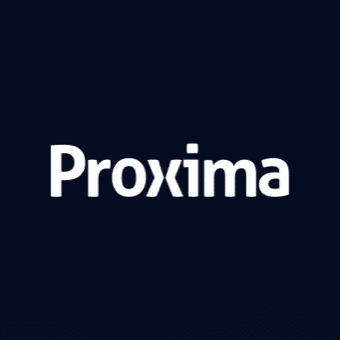